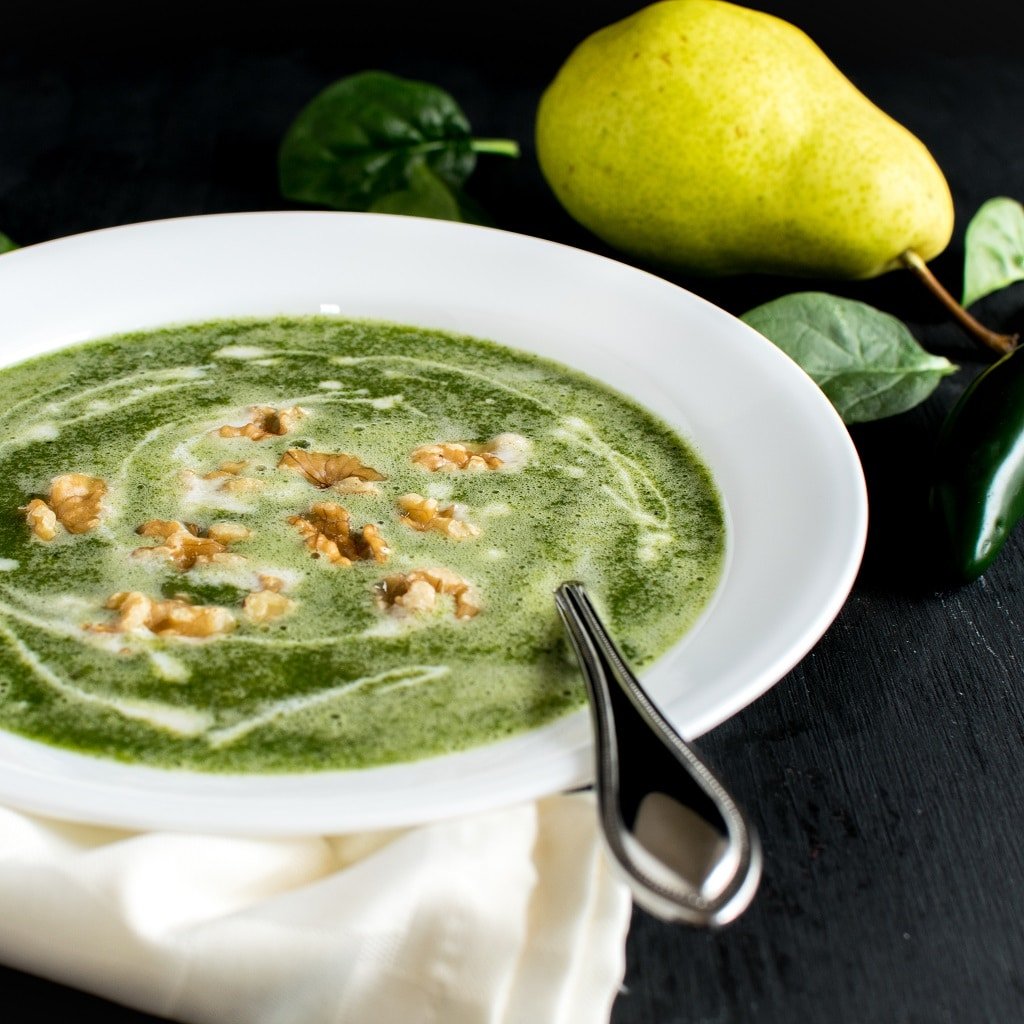 Fire Roasted Jalapeno Pear Spinach Soup as the name suggest is fired up! Hahaha!!! Not really. This soup however has smoked flavor of jalapeno and the sweetness of green pear along with the goodness of spinach. Nutritious….isn’t it? It indeed is.

This Soup is satisfying and perfect to survive through the chili air. It’s comforting yet tasteful. It’s UBER simple and super flavorsome. However, the real flavor is hidden in the fire roasted jalapeno pepper. Jalapeno pepper when burnt on the stove does wonders to any dish. It uplifts any recipe by not only its aroma but its smoky and fiery flavor as well. I have a weakness for jalapeno and love to cook many recipes with this pepper as and when possible. Of course this soup is for grownups but if your kids are little adventurous then you might try to deseeded the pepper and induce it in the soup. 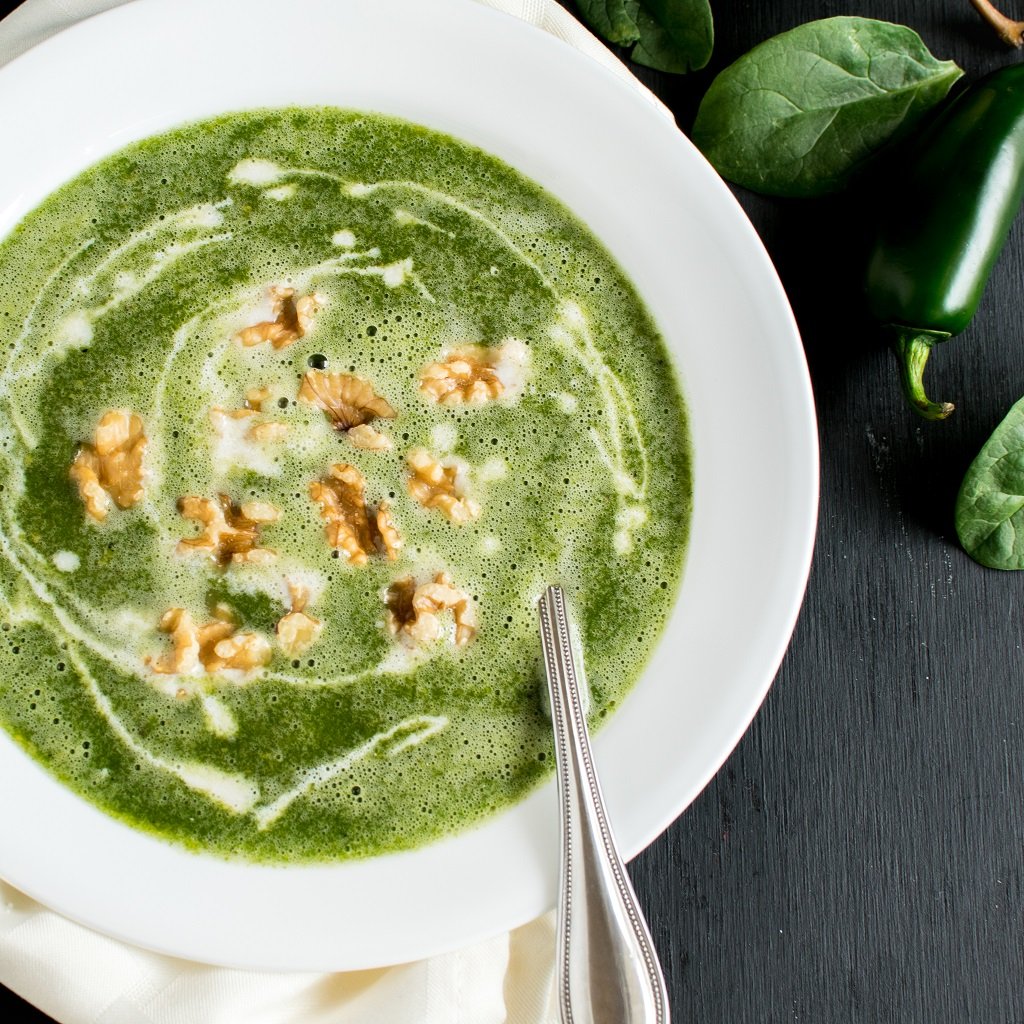 I like my soups to have sweet and savory taste. However, when I spice it up with some chili peppers the soup turns out to be extremely delightful and out of this world. Fire Roasted Jalapeno Pear Spinach Soup is my favorite go to meal especially for my lunches. I usually make extra batches for week nights and just warm it up whenever I just want to grab something already cooked.

This soup pairs well with pasta, salad or dinner rolls but feel free to add any sides with it and enjoy this delectable warm meal. This soup is naturally vegan and paleo and absolutely friendly to gluten free diet. 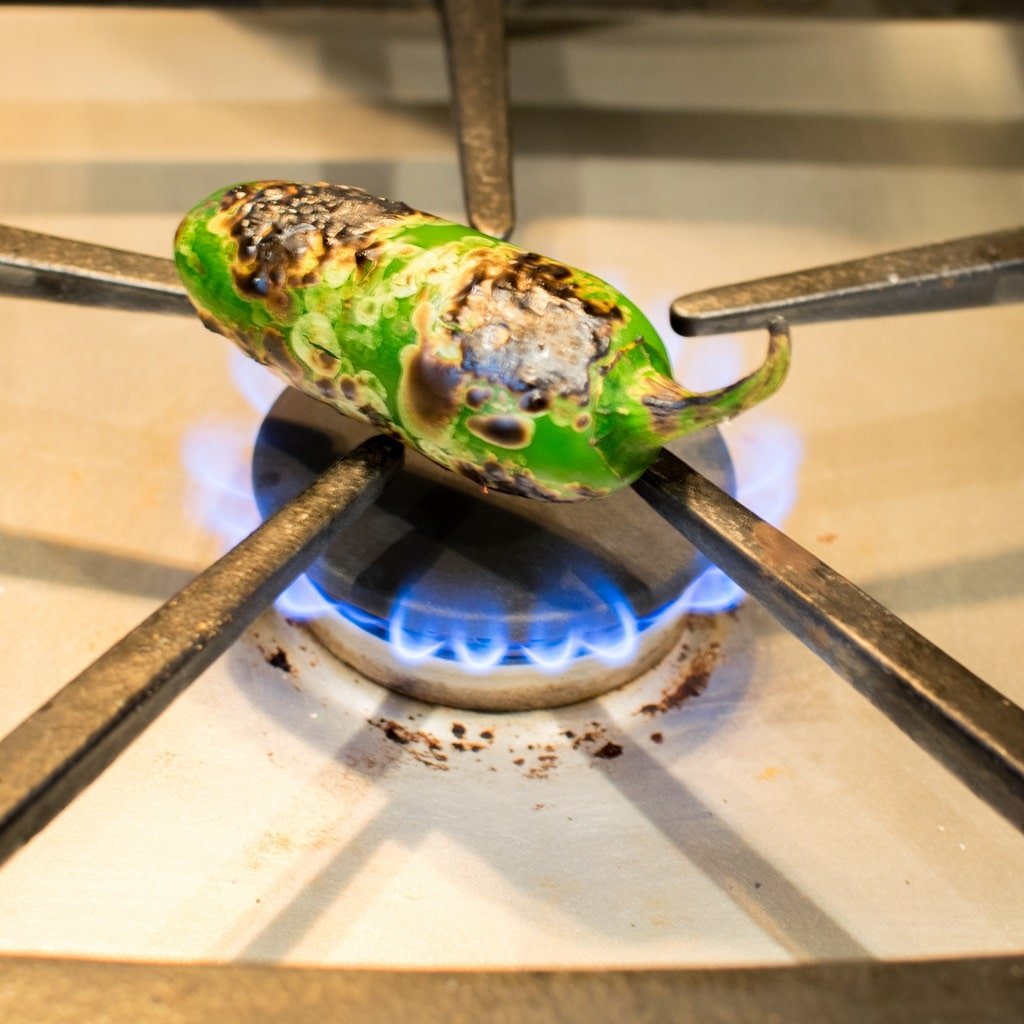 Enjoy Fire Roasted Jalapeno Pear Spinach Soup in your cozy blanket in front of the fireplace and stay warm!!!!! 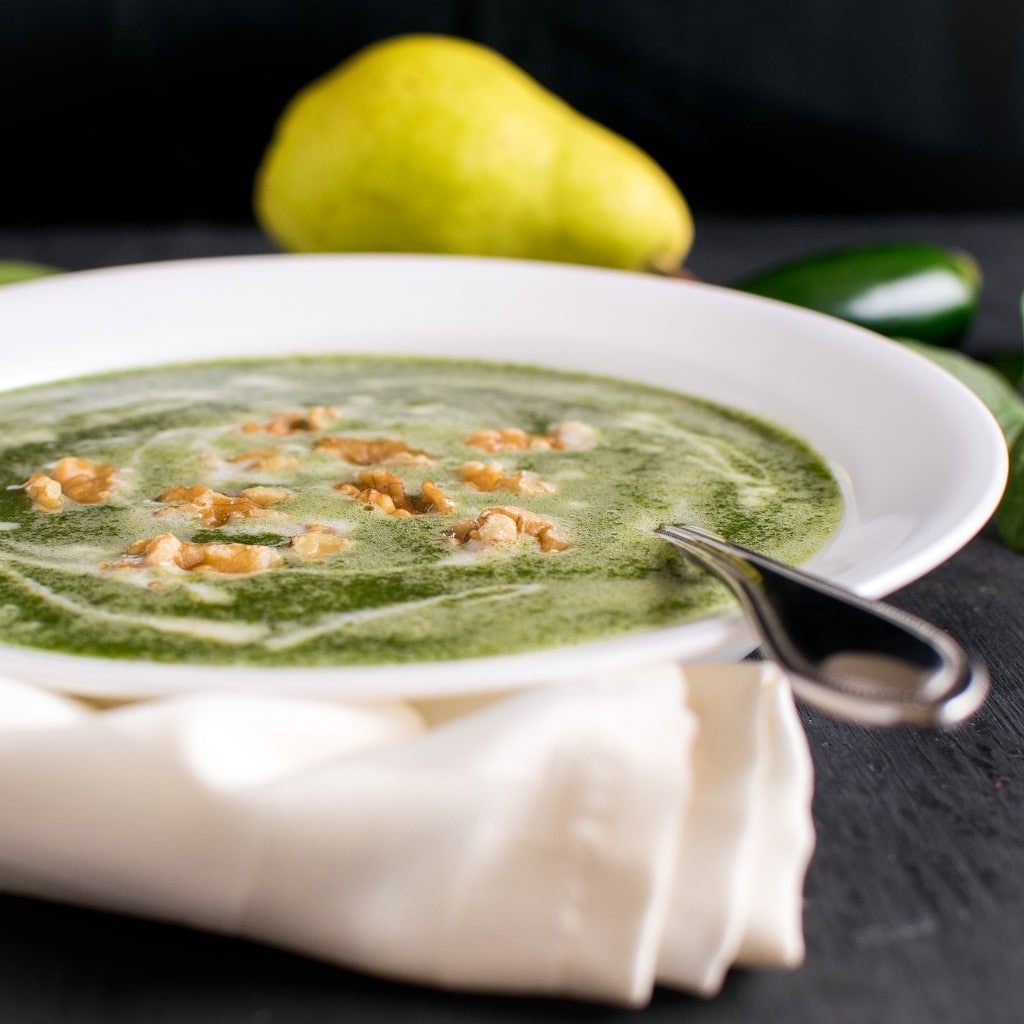 Hi! Welcome to my world of Healthy Lifestyle! I am Gunjan Dudani: I create, write and photograph all the healthy recipes on this site. After losing 65 pounds naturally I decided to share my experience with you all! Click here

You can find out more about which cookies we are using or switch them off in settings.

This website uses cookies so that we can provide you with the best user experience possible. Cookie information is stored in your browser and performs functions such as recognising you when you return to our website and helping our team to understand which sections of the website you find most interesting and useful.

Strictly Necessary Cookie should be enabled at all times so that we can save your preferences for cookie settings.

If you disable this cookie, we will not be able to save your preferences. This means that every time you visit this website you will need to enable or disable cookies again.